Learn about the history of our work

In 1868, the Little Sisters established the first U.S. Homes. Father Earnest Lelievre, a priest who dedicated his life work to our young Congregation, sailed to America in May, 1868. A mere 8 months later, the first Home of the Little Sisters was opened in Louisville, Kentucky. This Home at 622 South 10th Street was in operation from 1869 through 1977. The Home was finally closed due to severe structural problems. The Little Sisters were sorely missed in the Louisville community and with an outpouring of love, a group formed to raise funds to build a new Home and bring the Little Sisters back. The current Home was built in 1991 and the Little Sisters returned to Louisville. Since the beginning of our American Adventure, the Little Sisters’ mission of care for the elderly poor has been generously supported by bishops, religious communities and countless generous citizens. 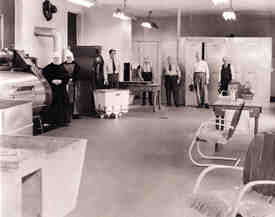 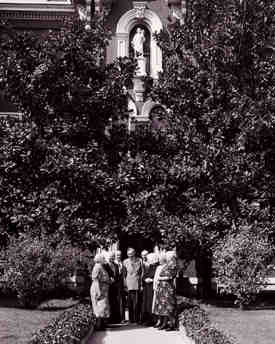